It's a Mad World

Last night was the season premier of Mad Men and it was everything. Now set in 1969, we saw as Peggy fights for her position  all over again, Joan save the day and Don  does his best version of Tommy from Martin. 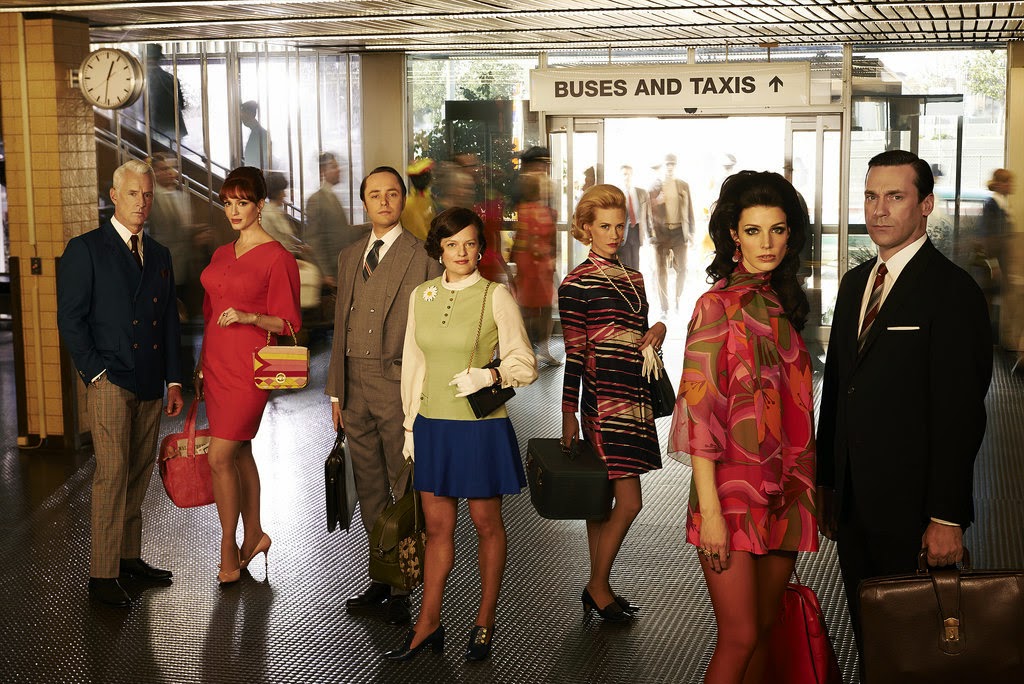 First and foremost, Meagan's entrance gave me life as she sashayed from her convertible to meet with Don who-gasp looks a little dated. His suit and hat scream as if he is attempting to still hold on to the position he carved at the agency and by dressing the part of a Creative Director/Partner he will one day reclaim his throne but for now he'll settle on wearing his crown in a mental dungeon. Back to Megan, yes this woman is all things Hollywood mixed with that pseudo European by way of Canada glamour. Even her casual looks are straight out of the magazines.  In the style battle of the once and former Mrs. Drapers  Betty was done up, Megan is styled. The  scene was  straight out of a modern day music video, painting Megan as every man's dream girl.  When the third Mrs. Draper came on the scene in her pale blue bell sleeved trapeze dress, Megan's look was saying "Look at what you've missed."

In further fashions, Peggy's look is still girl next door mixed with a smidgen of lady. I can't remember the last time I've loved a look on Peggy if at all. Correction. season 4 episode 7, on her birthday the print nothing else.  Joan, still holds on to her body conscious form fitting style but the forest green leather spy jacket shows that Joan's outerwear is up to trend but the rest of her is still stuck in season 1 or 1960. Nine years and Joan still keeps it sexy. The style of 1969 is influenced from politics more than anything. There is the women's rights movement, the ushering in of a Republic President, influence from France and England. The clothing of 1969 still holds on to the glamour and polish of the decade but gone are the restrictive undergarments, the stuffiness. There begins the ushering of softer lines in both men's and women's fashion.  This  episode was slow on drama and dialogue leaving the costumes to tell their own story.
Posted by Unknown at Monday, April 14, 2014