You're probably living under a rock if you haven't heard all the buzz surrounding the film "American Hustle." With an ensemble cast of dynamic actors, it has won a slew of awards and nominations including SAG, Golden Globes and  the Oscars. Based on a true story, American Hustle  takes place in the late 1970s and 1980s a favorite time period here at Vintage Shaun. It is the fashions of that time period  and the costumes that Amy Adams' character wears that are scene stealing. With plunging neck lines, curve hugging jerseys  and bold gilded fabrics, Amy's American Hustle wardrobe plays a strong role in this film, so much it has influenced contemporary fashion. 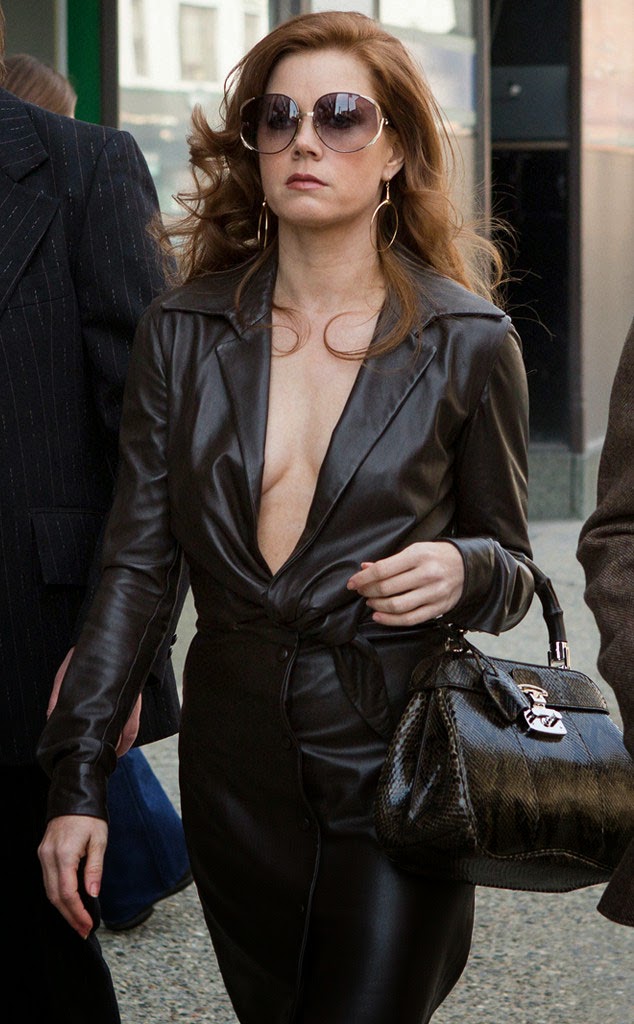 Michael Wilkinson, the costume designer for American Hustle does an awesome job of storytelling through clothes. His greatest accomplishment on screen is making all the actors merge into their characters and the time line. Getting back to the  standout style of Amy Adams' character, with her  stunning array of wrap dresses sans bra. Along with the signature wraps, it's also  Wilkinson's  usage  of leather, gold and fur that also shows of an era where there was no shame of decadence and excess and political correctness was decades in the making. 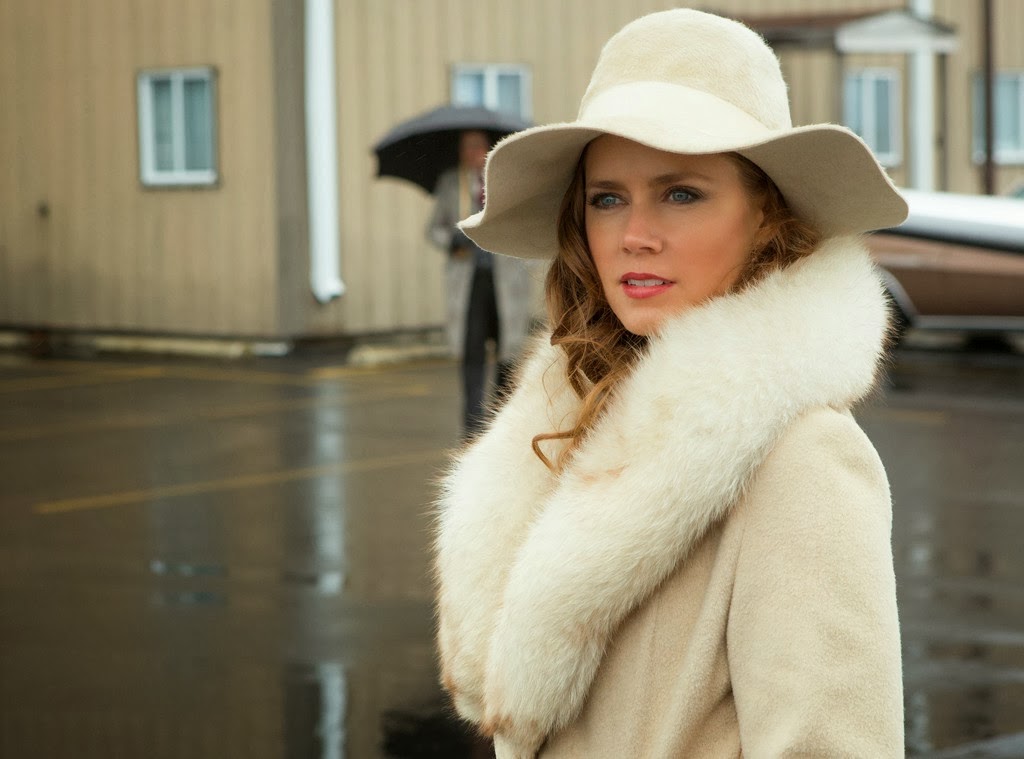 Come March 2 we'll see if Wilkinson will be capture that gold statue and here at Vintage Shaun, we'll start looking for American Hustle inspired clothing for our collection. For now, salivate over the stills and get inspired by the poshness of American Hustle.
Posted by Unknown at Thursday, January 23, 2014