Mamie and the Hotel Theresa

The woman on the right, holding the gloves in her hand is my grandmother Mamie, who passed away last October. Funny, when you see your parents or older family members you never think of them as anything than the age you met them. To see my grandmother, in the picture looking like a starlet who could give Lena Horne a run for her money, leaves me with a sweet memory that took until her passing for me to unearth. 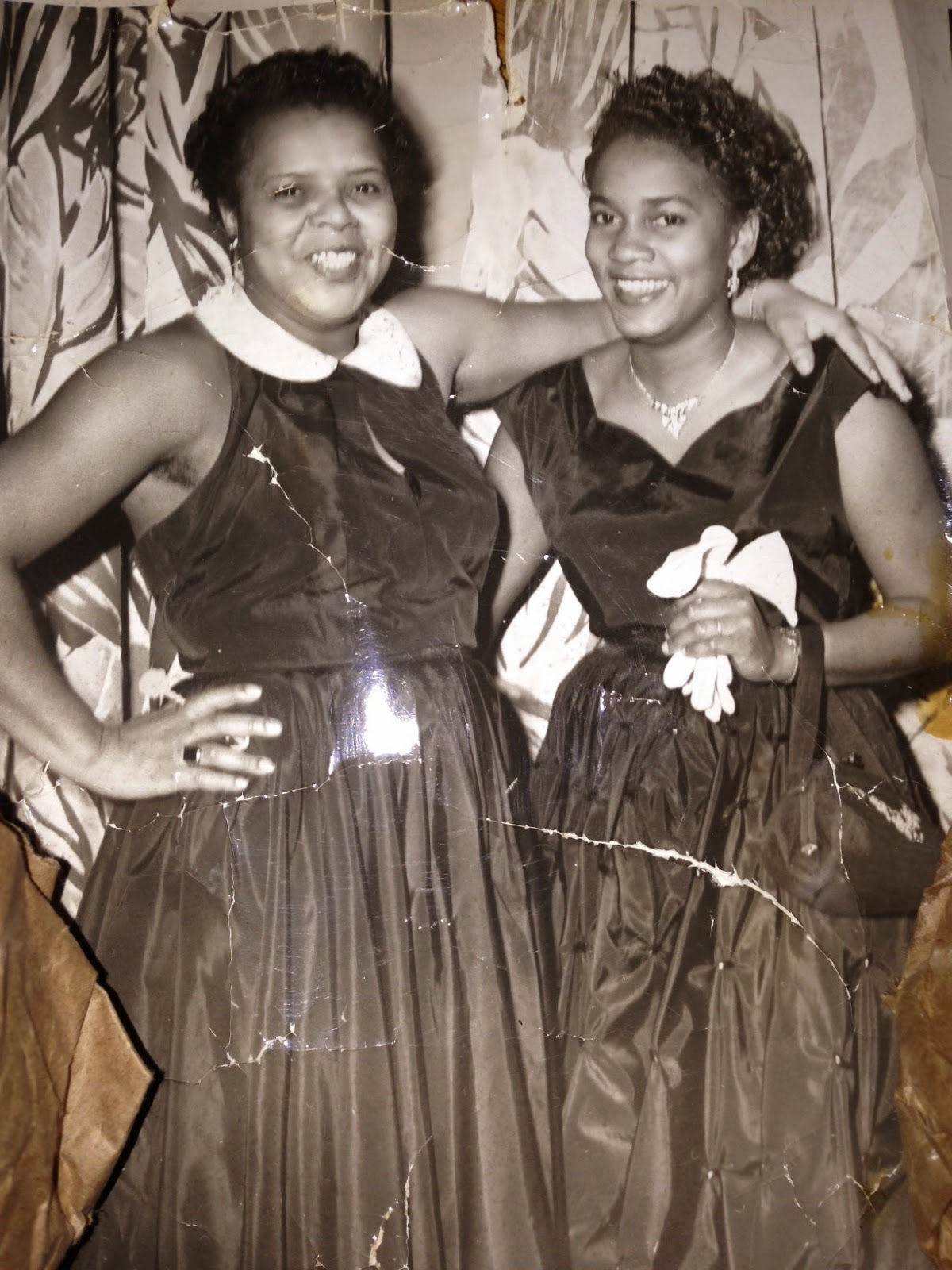 The image was taken at the Hotel Theresa probably around 1955. The woman on the left with the white collar  is my grandmother's aunt, Sara who was her guardian here in New York when my grandmother decided to relocate. During that era, the Hotel Theresa was dubbed   the Waldorf of Harlem and was an epicenter of African American social life.  In 1960,  Fidel Castro came to the opening session of the United Nations and after an altercation at the Shelburne in Midtown, he and entourage came to the Hotel Theresa and were welcomed.

This image is not only of two young women having a night out, but of migrants from the South,  two women who were in their twenties and had not married but were working and enjoying life.  They were working and enjoying a night out in a sectioned off part of New York where Blacks were allowed. Before the Civil Rights Movement, before bottle service, before husbands, before mortgages,  before the gentrification of Harlem, there was Mamie and Sara enjoying a night out in taffeta gowns.